April 15-21, please visit the Columbia Convention Center for a moving display of art, programs, and posters from Terezin.

This exhibition was originally created by 92nd Street Y for “Will to Create, Will to Live: The Culture of Terezin”.  The exhibition was co-curated by Hanna Arie-Gaifman & Charlotta Kotik. www.92Y.org

Koger Center for the Arts at the University of South Carolina7:30 PM Curtain
6:30 pm pre-concert lecture by Edgar Krasa, survivor who sang in all 16 performances of the Defiant Requiem under the baton of Rafi Schächter in Theresienstaft (Terezin).

Opera-tunity Foundation collaborators of the event are the USCSymphony Orchestra and the USC Choirs, under the direction ofDonald Portnoy and Larry Wyatt respectively and joined by The York County Choral Society, David Lowry, Conductor.

Defiant Requiem is part of the USC Symphonysubscription series

Including work by Oskar Morawetz," From the Diary of Anne Frank"Oskar Morawetz was a Czechoslovakian-born Jewish composer whofled Europe during Hitler's invasion and went on to become one ofCanada's most celebrated composers.

Holocaust Cantata is a collection of seven songs and six readings, all of which were written by prisoners while incarcerated in Nazi concentration camps. With texts beautifully translated into English from the original Polish, McCullough has arranged these songs for two soloists, chorus, piano, and 'cello. Through this piece McCullough hopes that it may "transform statistics into people in the minds of the Cantata's listeners, and perhaps be a part of making it more difficult for such a horror ever to occur again."

The Boy in the Striped Pajamas, Russell House, 6pm

Thursday, April 19, 2012
Yom HaShoah-Holocaust Remembrance Day CommemorationThe Columbia Community commemorates Yom HaShoah by invitingthe entire community to a solemn service which takes place inone of our area synagogues.  Many Yom HaShoah programs havefeatured a talk by a Holocaust survivor, recitation of appropriatepsalms, songs and readings, or viewing of a Holocaust-themedmaterials and/or films. We will have guest speaker Ela Weissberger.  Ms. Weissberger was imprisoned in Terezin as a child, and performed in all 55 performances of "Brundibar", the children's opera performed there.  The Yom HaShoah Remembrance Day Commemoration is sponsored by the Columbia Jewish Federation.

The Remembrance Day will also include the premiere of "Tomorrow Never Came", a cycle of songs by composer Ayala Asherov Kalus based on the book I Never Saw Another Butterfly .  This book is a collection of works of art and poetry by Jewish children who lived in the concentration camp Theresienstadt.  It is named after a poem by Pavel Friedman, a young adult who was incarcerated at Theresienstadt and was later killed at Auschwitz. Most of the children died prior to the camp being liberated.

Photo display at the JCC

Performance at the JCC, 11am (free performance, but reservations are required due to limited [email protected] or 777-0772)

The production is directed by Ellen Douglas Schlaefer
Musical direction is by  Rosemarie Suniga.
Ms Weissberger will perform and talk with the children about her experiences as a child in the Concentration Camp. 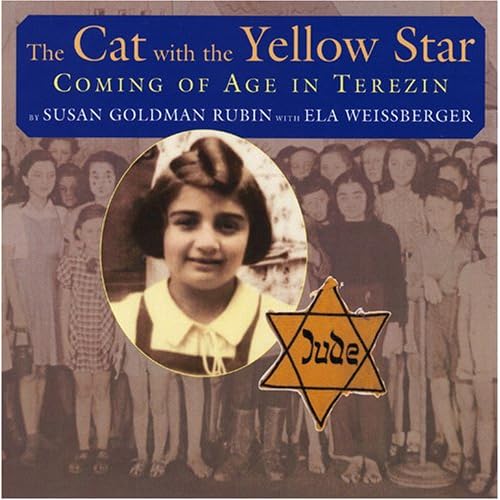 Silenced Voices: Music of the Holocaust

Silenced Voices is a multi-media presentation which explores the uses and abuses of music and the arts under Adolf Hitler and the Third Reich.
Presented by Dr. Susan Eischeid, Music of the Holocaust incorporates a
lecture with audio and visual examples detailing a brief overview of the
Nazi rise to power and specific musical activities and artists in the
ghettoes, concentration and death camps, followed by a live musical
recital of some of the works discussed.  The entire presentation takes
approximately 90 minutes, with an intermission between the speaking and
performing portions.

11am and 1:30pm, Dreher High School Auditorium (free to the public)

Special Performances of Brundibar, a children's opera by Hans KrasaAwards for student outreach submissions for drawing, essays, and film.  Lecture and book signing by Ms. Weissberger, original 'cat' in all 55 Brundibar performances at Terezin.  Ms Weissberger will also join the children on stage in the final piece of the Opera.

There will also be a series of lectures throughout the week presented by Maestro Sidlin and Ms. Weissberger.

Other events are also in the works: please check back for updates!